Types of Radiation from Radioactive Elements

Evidence for the Nature of Gamma Rays

Nature and Property of α, β, and γ 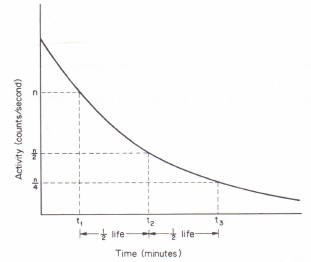 The Half Lives of Some Radioactive Isotopes