Ways in Which the Atmosphere is Heated 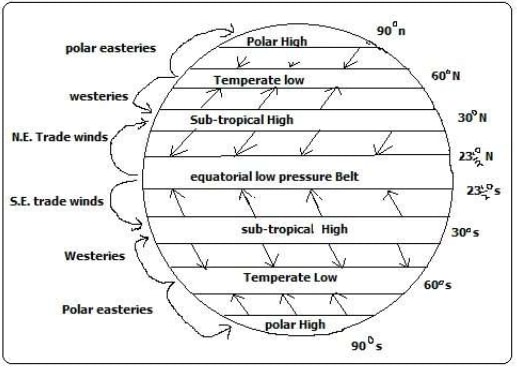 - These are the major winds blowing over the earth frequently and consistently and which influence the world weather.

Pressure Systems in the World

Factors to Be Taken Into Account When Sitting a Weather Station

Instruments for Measuring Elements of Weather

Measures the changes in atmospheric pressure