Magma Movement within the Earth’s Crust

A. Theory of Continental Drift

Parts of a Fold 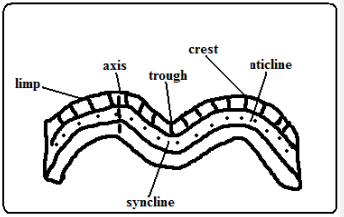 Resultant Features Due To Folding

Parts of a Fault

- Type formed by tensional forces in which one block slides downwards in relation to the other.

- Type formed by compressional forces in which one block of land is pushed upwards in relation to the other.

- Type formed by shear forces in which adjacent blocks of land slide past one another.

- Type formed when very strong compressional forces cause almost horizontal faults to develop and one block of land is pushed over the other.

- Type formed when anticlines are compressed further and cracks form on the crest. 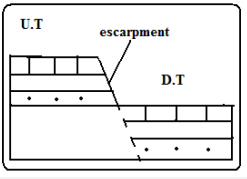 - Land resembling the staircase or steps of a house with a series of fault scarps at different levels.

- E.g. Keiyo escarpment and at Kijabe. 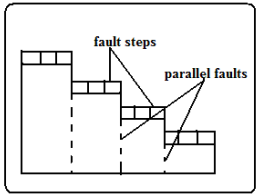 - Blocks of land raised above the surrounding land. 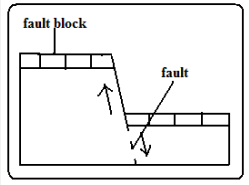 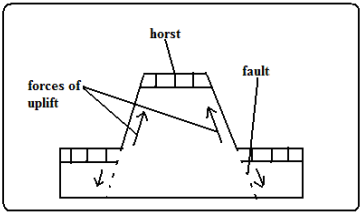 -Fault blocks which are inclined on one side.

- A long narrow trough with steep escarpments on both sides.

- Suggests the rift valley was formed by Anticlinal arching.

- It starts in Syria and ends in Mozambique.

Features associated with it

Why Most Rift Valley Lakes Are Salty

Why L. Naivasha Has Fresh Water

Major Faulted Areas of the World

- There are 2 types of Vulcanicity:

Formed when magma reaches the earth’s surface through vents or fissures. 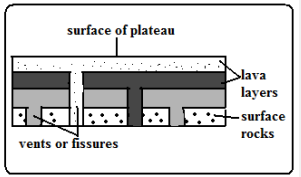 - A funnel shaped depression found on top of a volcano.

1. Cooling and Contraction of Magma

3. Falling of a Meteorite

- A very large basin-shaped depression on the summit of a volcano. 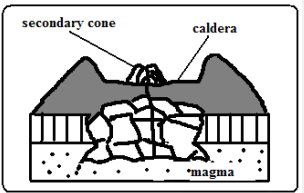 How They Are Formed

-Small area of still water which appears to be boiling.