Family Tree of the Prophet 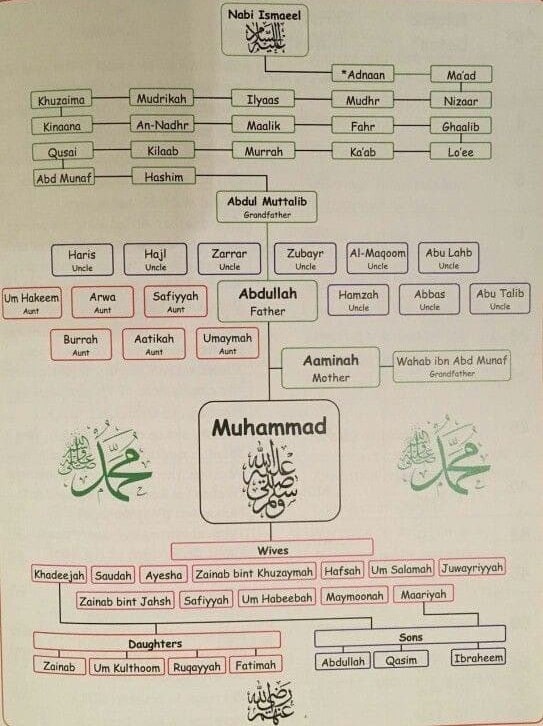 The Year of the Elephant

Birth and Early Life of the Prophet

Results of the Muslims migration to Abyssinia

Circumstances that led to the Boycott of the Banu Hashim

Effects of Boycott of the Banu Hashim

The Prophet’s Mission in Madina

Beginning of the Muslim Mission

Migration of the Prophet (P.B.U.H) to Madina

The Prophet’s Arrival at Quba

i. Construction of a Mosque

ii. Rehabilitation of the Muhajirun from Makkah

iii. Fostering Unity Among the Tribes of Madina

Relationship between the Ansaar and Muhajirun

Importance of the Madinan Constitution

Hijra as a Turning Point in the History of Islam

Importance of Hijra in the History of Islam

Reasons that made the Quraish fight in the battle of Badr;

Muslims fought in the battle so as to:-

Events of the Battle

Importance of the Battle

Reasons for the Muslims victory

Events of the battle

Importance of the Battle of Uhud

The Battle of Khandaq (The Trench)

Results of this battle

Lessons from the Treaty of Hudaibiyah

The Prophet’s Invitation of Foreign Rulers to Islam

Significance of the conquest of Makkah

The Battle of Hunain

Achievements of the Prophet

a) Brotherhood and Equality of Mankind

b) Elimination of Racism

d) Improvement of Status of Women