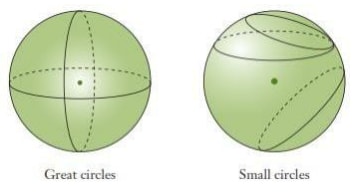 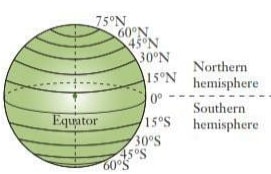 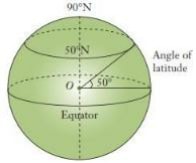 It is useful to draw a rough grid to position the cities.

A and B on the Earth's surface have an angular distance of 63o. Calculate the great circle distance between A and B, correct to the nearest kilometre. The radius of the Earth is 6400 km. 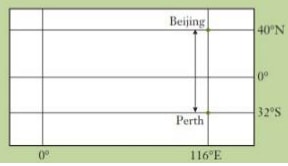 Distance along a Small Circle (circle of latitude) 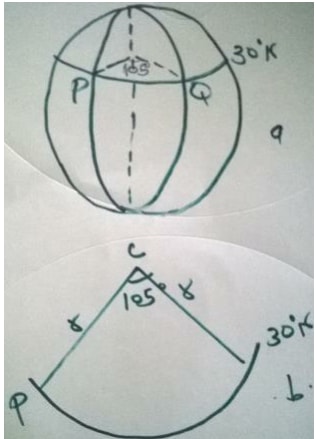 In general, if the angle at the centre of a circle of latitude θ is α,then the length of its arc is 60 αcos θ nm,where α is the angle between the longitudes along the same latitude.

Shortest distance between the two points on the earths surface 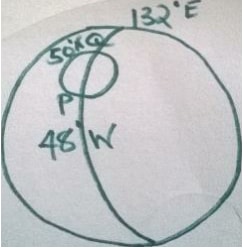 A ship leaves Mombasa (40S,390E)and sails due east for 98 hours to appoint K Mombasa (40S,800E)in the indian ocean.Calculate its average speed in;

Past KCSE Questions on the Topic