The Locus of points at a Given Distance from a given straight line.

Locus of Points at a Given Distance from a Fixed Point.

Construct triangle PQR such that PQ= 7 cm, QR = 5 cm and angle PQR = 300.Construct the locus L of points equidistant from RP and RQ.

L is the bisector of Angle PRQ. 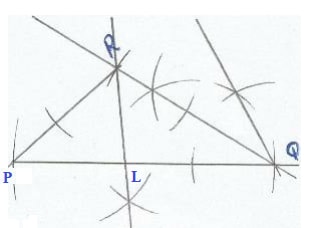 A line PQ is 5 cm long, Construct the locus of points at which PQ subtends an angle of 700.

Solution
In the figure below 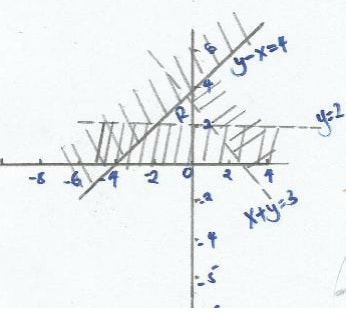 Example
P is a point inside rectangle ABCD such that AP≤PB and Angle DAP ≥ Angle BAP. Show the region on which P lies.

Example
Draw the locus of a point P which moves that AP ≤ 3 cm.

Past KCSE Questions on the Topic.