Section A-Answer all questions in this section ( 40mks)

Section B-30(Mks)answer all questions in this section

What are computer viruses?

State two ways through which computer viruses may be controlled (2mks)

Explain how each of the two ways stated in b (i) above assist in controlling computer viruses. (2mks) 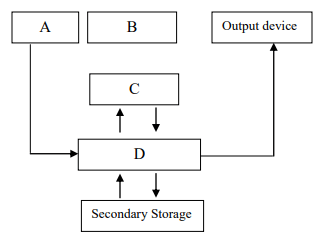 Name the three types of buses in a computer system (3mks)

What is a computer keyboard? (1mk)

List four types of keys found on a computer keyboard. Give an example of each. (4mks)

Distinguish between a line printer and page printer