SECTION A.
Answer all questions in this section.

SECTION B :
Answer question 6 compulsory and only other two from the remaining questions.

1. (a) Name two forces responsible for the shape of the earth (2mks)

(b) Mention three effects of the rotation of the earth (3mks)

(b) Give three characteristics of sedimentary rocks (3mks)

3. (a) Differentiate between weathering and mass wasting (2mks)

b) Two types of tectonic boundaries

5.(a) Name two features that are formed on emerged highland coast.

(b) State three conditions necessary for the formation of spit (3mks)

(ii) Convert the scale of the map to statement scale (1mk)

(iv) Calculate the bearing of the trigonometric station 115 T 27 from the air photo principal point in the grid square 2586. (2mks)

(b) Draw a rectangle measuring 14cm by 10cm to represent the area enclosed by Eastings 28 and 35 and Nothings 78 and 83 (6mks)
On the rectangle, mark and name the following features. 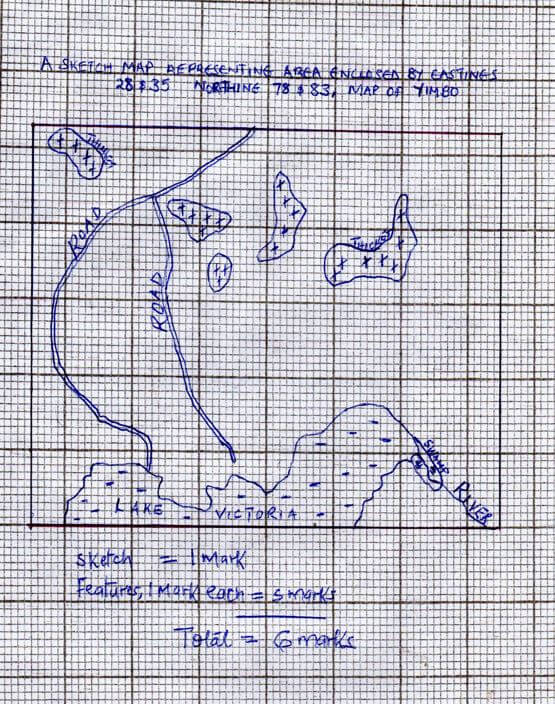 (b) (i) Apart from, tension forces, explain two other processes that may cause faulting 2 x 2 (4mks) 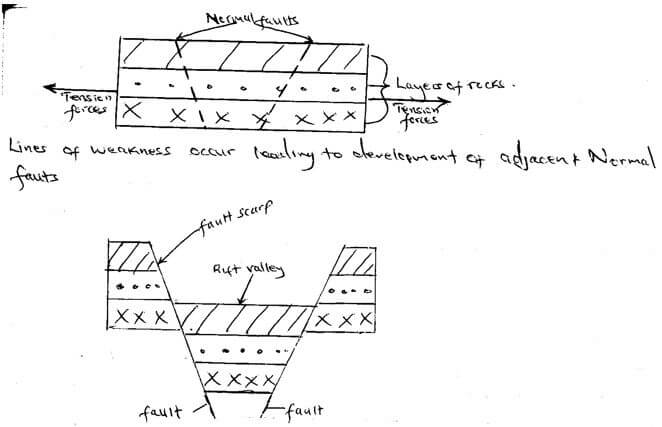 (c) You are planning to carry out of field study on an area affected by faulting.
(i) State two objectives for your study (2mks)

8. a i) Definition glaciation

b) i)Formation of V-shaped valle

ii) Formation of a pyramidal peak

9(a) Differentiate between watershed and catchment area (2mks)
i. Watershed is a ridge line/boundary separating drainage/river system/basins while

ii. Explain three ways by which a river transports its load (3 x 2 =6mks)

(b) Study the diagram given below and answer questions that follow.
i. Name the features marked X, W and Z (3mks)

Introduction of energy saving jikos to reduce pressure on forests

THIS IS THE LAST PAGE