Matter is anything that occupies space and has mass.

A solute-This is the solid which dissolves in a liquid.

A solvent-Thus is the liquid in which the solid dissolves in.

A solution-This is what is formed when solute and solvent are mixed completely.

Soluble solids:-This are solids that dissolves completely in liquids.

Insoluble solids:-These are solids that do not dissolve in liquids when they are mixed.

Miscible liquids:-This are liquids that mix to form a uniform solution eg water and milk,water and spirit, cooking oil and paraffin etc.

Immiscible liquids:-This are liquids that when put together and shaken still forms layers eg water and paraffin.

Evaporation:-This is a method that is used to separate a mixture of soluble solid from a liquid but only the solidis recovered. 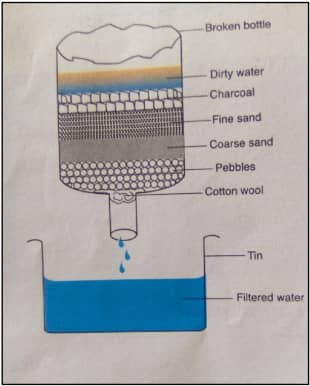