Functions of parts of flutes

FUNCTIONS OF THE PARTS OF REED INSTRUMENTS

Skills of playing the recorder 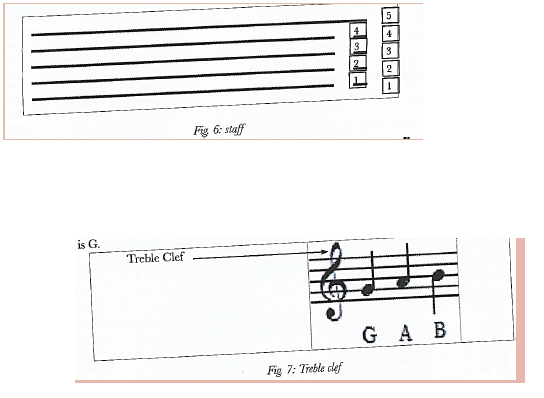 THE STAFF- this is a set of five parallel line and four spaces on which music is written.
The lines and spaces are named using the seven letters of the English alphabets A,B,C,D,E,F, and G.
Naming is made possible using clef. The treble or G clef is used to establish the pitches of the staff
Music for the descant recorder is written on the staff using the treble Or G clef.

Dance - a form of art involving rhythmic movement’s f the body in response to music
It is an expression of norms, values, belief, attitudes and customs of the community.
In traditional African society dances are for specific groups of the performance e.g. boys, girls, boys and girls, young women and

Are accessories, articles or items used to add beauty or decorate the appearance of the participants in dance.
In some communities’ beadwork is an integral part of making ornament, beads used in making ornaments can vary in shape, size and colour. The ornaments include.

Is a succession of sound with long, short or equal duration. It is the pattern of the music in a given time. It can exist without a rhythm.
The long and short the French rhythm names are used to create different rhythms and represented by different matching symbol. These musical symbol are the musical notes.

Words have their natural speeches style which dictates whether to be given either along or a short beat. Syllables in words can be stressed while others are not.
The stressed syllables occurs as strong beats while the unstressed syllables as week beats.
The beats are divided into groups of two beats, three beats or four beats

Is a sequence of pleasant sounds that makes up musical phrase
It is a tune that sound nice or pleasant to the ears
An understanding of high and low sounds is essential in identifying melodic variations within a song. Variation to simple melodies can be created by 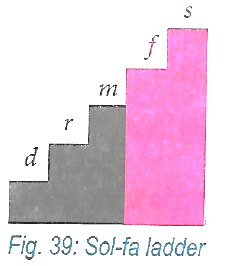 It is a good way of understanding and recognizing pitch. These are gestures used to indicate pitch in sol –fa.
When using hand gestures to guide the pitch of the ‘’doh’ is movable (it is not fixed) 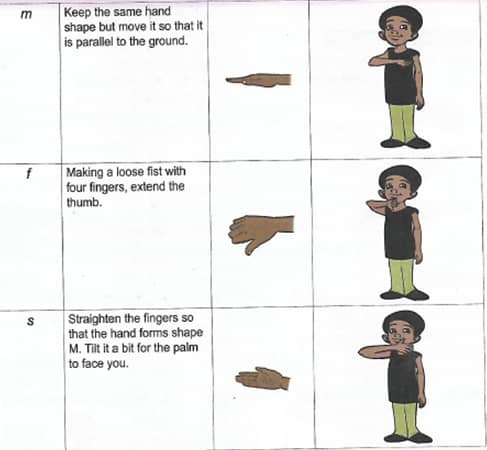