Oxidation and Reduction in Terms of Electron Loss and Gain

The Tendency of Metals to Form Ions

Experiment: - To Measure the Relative Tendency of Metals to Ionize 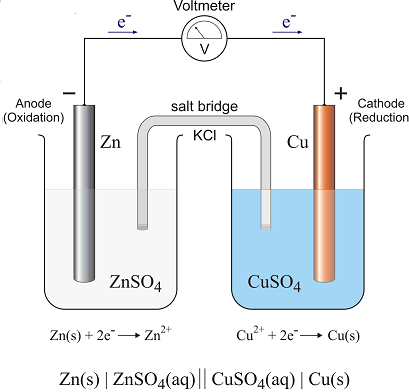 Equations/reactions, at each half cell

Cell Diagram for a Voltaic Cell

Electrode potential Eθ , values of other metal – metal ions relative to the Cu/Cu2+ half cell

Components of the Hydrogen Half Cell

The E0 value for a REDOX reaction

Click here to download the pdf version of "ELECTROCHEMISTRY - Form 4 Chemistry notes", and read the full contents of this page

CLICK HERE to get "ELECTROCHEMISTRY - Form 4 Chemistry notes" on Whatsapp