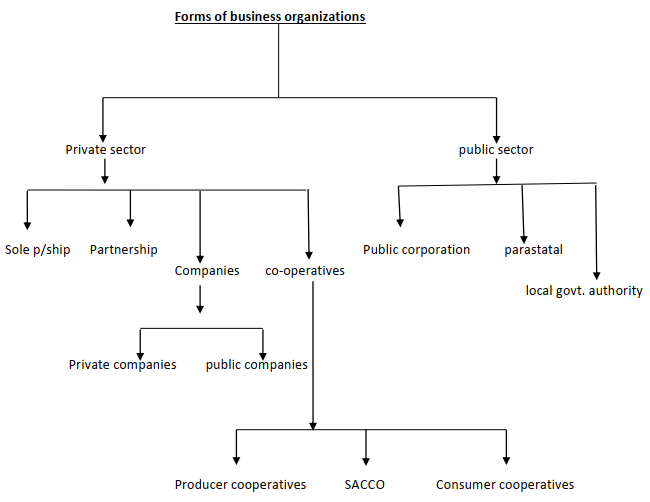 According to the Type or Liability of Partners

According to the Period/Duration of Operation

According to their Activity

Types of Co-operatives Societies In Kenya

- May be grouped according to;

- It must have a memorandum of association, article of association list of directors, declaration signed by a director or lawyer and certificate of incorporation.

Disadvantages of a Private Company

Dissolution of a Company

- The following are the circumstances that may lead to the dissolution of a company:

The Role of Stock Exchange as a Market for Securities

- There is only one stock exchange market in Kenya i.e. The Nairobi Stock Exchange.
- A person wishing to acquire shares will do so either at an IPO or in the secondary market. However, an investor cannot buy or sell stocks directly in the stock exchange market. They can only do so through stock brokers.

Roles of the Stock Exchange Market

- They can only be dissolved by the government due to:

Trends in Forms of Business Units