Scientists from various parts of the world were giving measurements in different units and languages. This made it impossible for them to compare discoveries.

In 1960 they met in France and agreed on one Universal System of units called system international d’ unites (International system of units) SI units which assigned seven basic quantities as shown below.

Basic Physical Quantity -This are quantities that cannot be obtained by any other quantity e.g. mass, time, length.

This is the distance between two fixed points.

Other units of length include;

Use of a Ruler

When using a ruler the following should not be done;

It is graduated in millimetre (mm) or centimetre (cm)

They are three types;

NOTE: The choice of a tape measure depends on accuracy required and the size of object to measure.

A tape measure can be made up of cloth, steel or flexible plastic. Always ensure that the tape measure is taut when measuring.

Curved length can be measured using a thread. The thread is placed along the required length and the length is found by placing the thread on a scale.

EXPERIMENT: Measuring the circumference of a cylinder using a thread.

APPARATUS: A cylinder, a thread and a metre rule

EXPERIMENT: To estimate the height of a tree

Estimation of the height of the tree is given by;

Area refers to a measure of surface covered by a body.

It is measured in metre-square (m2), that means its a derived quantity.

Other multiples and sub-multiples are; cm2, mm2, km2

Area of a regularly shaped object can be found by applying an appropriate formula e.g. 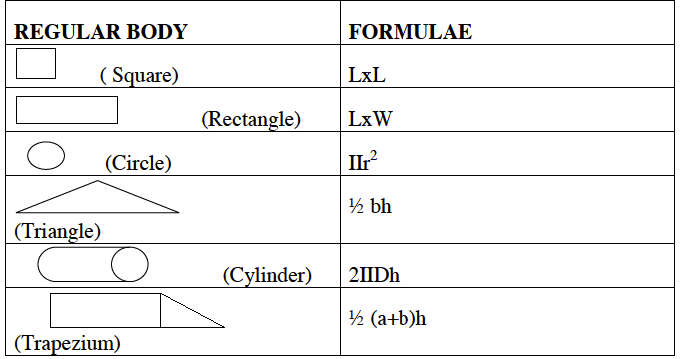 Approximation of area of irregular bodies

We trace their outline on the square paper of 1cm2 e.g. 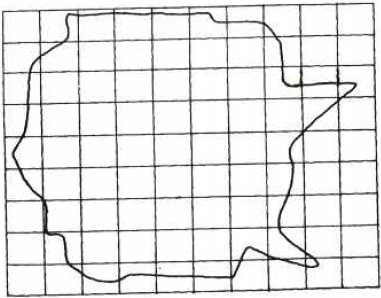 Volume is the amount of space occupied by space

The SI unit of volume is cubic metres [M3 ].It is a derived quantity of length

Multiples and submultiples are; mm3, cm3 and Km3

The volume of regularly shaped solids can be obtained by applying the appropriate formula i.e.

Measurement of volume of liquids

Liquids have no definite shape but they assume the shapes of the container in which they are put.

One of the methods which can be used to measure the volume of liquids is to pour the liquids into a container with a uniform cross-section as shown, 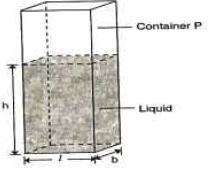 Instruments can also be used to measure the volume of liquids. They include; Burette, Pipette, Measuring cylinder, graduated beaker and Volumetric flask: 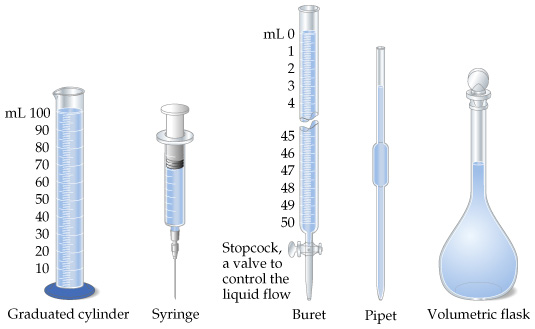 NOTE: The scale of the Burette begins from zero at the top and increases downwards to the maximum value e.g. a reading of 31.0ml on the burette means that volume of the liquid is [50-31] ml

Measurement of volume of irregular objects

Mass is a quantity of matter in a body.

Its S.I unit is kilogrammes (Kg)

It is measured using a beam balance or top pan balance.

The multiples and submultiples include;

The mass of an object is the same everywhere because the number of particles in an object remains constant.

There are two common types of balances for measuring mass; Electrical and mechanical types.

Electrical types are very accurate and the mass of the object is read on display (Top Pan Balance).

A Mechanical type(Beam Balance), the object whose mass to be measured is balanced against a known standard mass on an equal level.

The three balances used in measuring are;

The density of a substance is defined as its mass per unit volume. Its symbol is rho(ρ).

The SI unit is kilogram per cubic metre (Kg/m3)

Conversion from kg/m3 to g/cm3

The density of an object is calculated from the formula;

A Density bottle is a small glass bottle fitted with a glass stopper which has a hole through which excess liquid flows out.

Normally, the density bottle has its capacity indicated on the side. 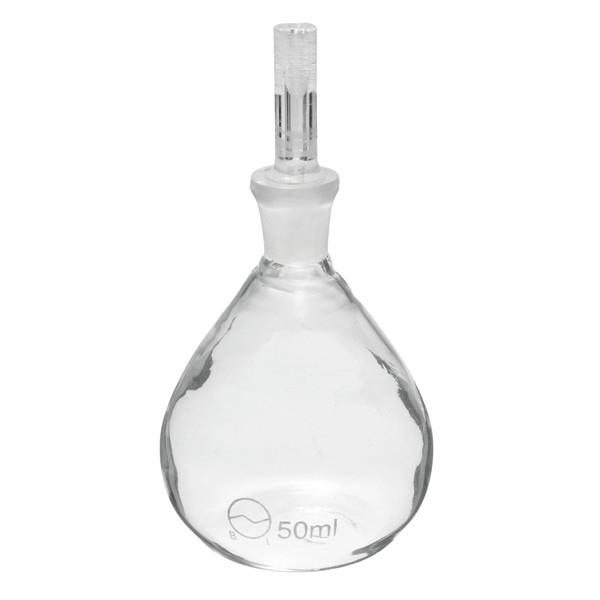 Fill the bottle with liquid and replace the stopper. Dry the bottle on outside (excess liquid overflows through the hole in the stopper).

Measure the mass m2 of the bottle plus the liquid.

If the volume of the liquid is V then;

To measure the density of a solid using a density bottle

This method is used for solids in form of grains, beads or turnings

NOTE: This method is unsuitable for solids which are either soluble or react with water.

A Mixture is obtained by putting together two or more substances such that they do not react with one another.

The density of the mixture lies between the densities of its constituent substances and depends on their proportions.

It is a measure of duration of an event. Some ancient measuring instruments were the sundial and the hour glass

The SI unit of time is seconds (s)

Multiples and submultiples of time

Time is measured using either a stopwatch (digital) or stop clock. They are used depending on the accuracy required. 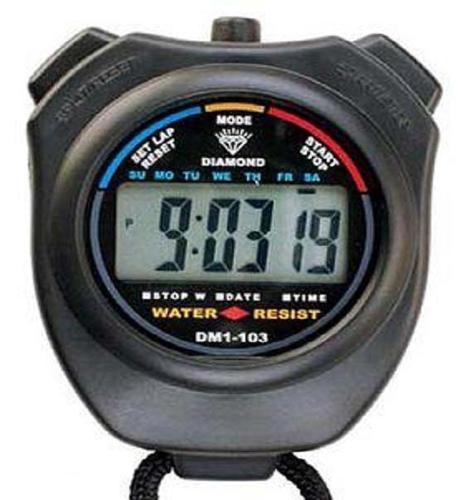 Click here to download the pdf version of "MEASUREMENT 1 - Form 1 Physics Notes", and read the full contents of this page