Matter is anything that occupies space and has mass. Matter commonly exists in three states i.e. solid, liquid and Gas

The process of sub-dividing matter into smaller units and smaller units continues indefinitely, suggesting that matter is not continuous, but is made up of even smaller parts e.g. A piece of paper can be cut endlessly until a stage when the small pieces cannot be cut into pieces. This suggests that the sheet of paper is made up of tiny particles

Dilution of a Concentrated Liquid

The process of dilution can continue until the solution appears colourless. This suggests that the particles of potassium permanganate are spread evenly on water.

As water particles increase, the particles of potassium permanganate are spread further, making the purple colourless and less until it appears colourless.

Potassium permanganate is made up of tiny particles.

Dissolving a Solid in a Solvent

The volume of the solution of salt is less.

The particles of the solution pack more closely in the available space, thus reducing the volume. This further suggests that particles of salt are broken down to fit into spaces between water particles.

This is the random movement of particles of a substance e.g. a gas or a liquid.

The particles are in a constant random motion.

Experiment; To demonstrate the Brownian motion

The pollen grains or chalk dust is in constant random motion. 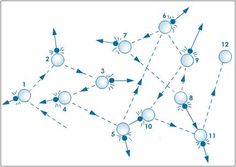 This kind of movement is called Brownian motion a tribute to a scientist Robert Brown who first observed the effect.

Experiment: To demonstrate the Brownian motion in Air 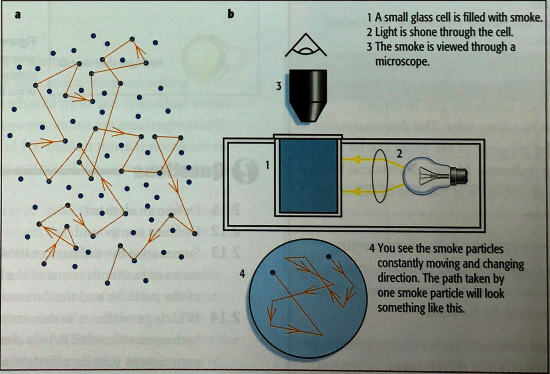 Bright specks are in continuous random motion are seen.

The bright specks are particles of smoke which scatter the light shining on them and appear as bright points. They move about in a continuous random movement because of uneven bombardment by the invisible particles or molecules in air. This suggests that air is made up of small particles which are in constant motion.

From the experiments above, matter is made up of very small particles which are in constant random motion. This is called kinetic theory of matter.

Arrangement of Particles in the States of Matter 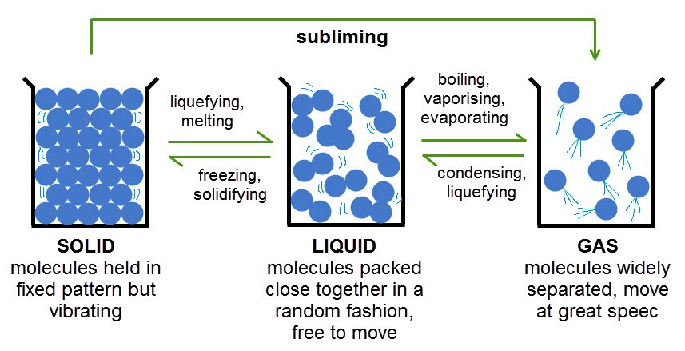 To investigate diffusion in liquids 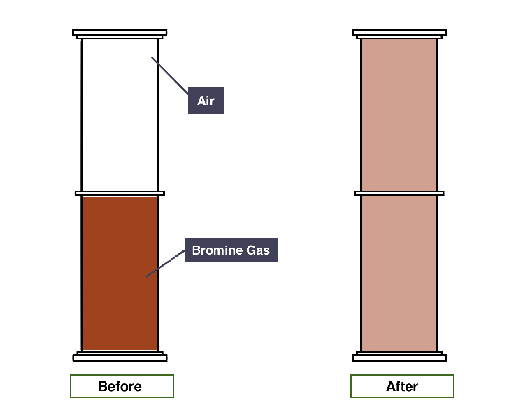 NOTE: Performing the same experiment with the jars held vertically instead of horizontally slows down the rate of diffusion because of the densities of the gases. The less dense gas diffuses much faster into the more dense gas.

NOTE: The beaker is used to confine the hydrogen gas around the porous pot.

Click here to download the pdf version of "PARTICULATE NATURE OF MATTER - Form 1 Physics Notes", and read the full contents of this page