Materials can be charged by the following methods; 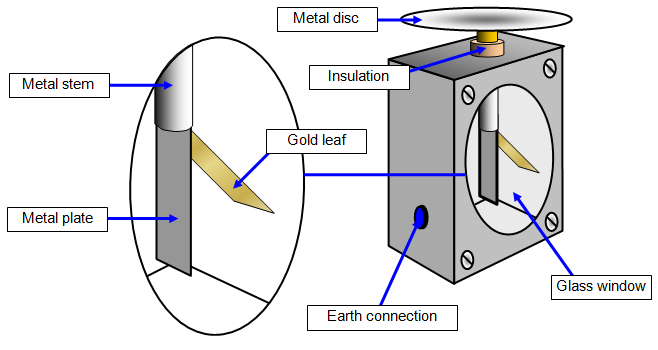 Use a negatively charged rod to explain how to charge an electroscope using induction method.

Uses of the Electroscope