The calf is trained as follows:

Requirement of a Calf Pen;

Structure of the Udder 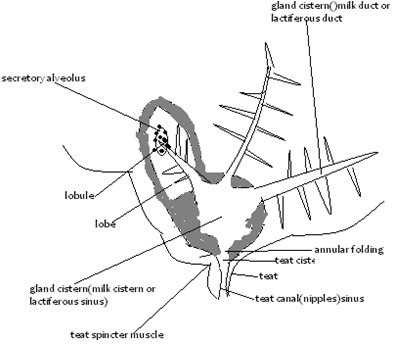 The udder is composed of the following parts:

- The following factors are essential for clean milk production:

- Done by the following: